Thoughts from a “restaurant researcher”

I had the opportunity to participate in a 2-day workshop: “Construccion de la Estrategia Nacional de Investigacion del SINAC” which brought together various program directors, staff, and associates of Area de Conservación Guanacaste and Area de Conservación Arenal-Huetar Norte. The purpose of the workshop was to define and direct research and monitoring efforts as important tools for managing natural resources within SINAC.

The first day provided an overview of the research needs, attitudes towards research and researchers, various legislation in place related to investigation within Costa Rica, a summary of project numbers and research topics that have been completed within the past 8 years, in addition to ongoing research priorities. Dan Janzen and Winnie Hallwachs provided some closing, and sobering, comments. I summarize the most relevant and inject my thoughts here.

Janzen described that the reliance on external researchers for generating a knowledge base for decision-making and management of natural resources is similar, in some respects, to the reliance on external funding for supporting ACG personnel and programs. They are both destined to fail. He detailed that, like external funding, researchers are ephemeral, like patrons of a restaurant. We come, we eat, we pay, we leave. We also take our knowledge with us so, in this analogy, perhaps we don’t tip very well, if at all.

In contrast, there is a growing but still untapped internal resource within ACG – guardaparques, parataxonomos, in addition to other ACG personnel. To be a guardaparque, to stand in front of a park and guard this park, commented Janzen, is likely one of the most boring jobs to have. Janzen explained that a mission of Areas de Conservación is then, to not only guard these parks, but to understand what it is that is being guarded. Guardaparques, parataxonomos, other ACG staff produce enormous amounts of information because they live and breathe ACG. It’s part of their life, full time, off time. Perhaps “preservaparque” better captures this—to preserve (and grow) the forest as well as the biological knowledge within.

The second day was filled with various group exercises that allowed us to share ideas and ultimately, define detailed objectives and tasks for moving forward. For ACG, these included further developing the digital repository for the long-term storage, search, and retrieval of electronic resources (articles, dissertations, photos, videos, etc.) as well as developing and fostering the knowledge base of staff, researchers (both foreign and national), employees, and others, who make up the extended ACG family. It’s an exciting time in ACG (but then, when isn’t it?!) and we should be seeing major changes in both aspects within the next few years.

In sum, there were two pervasive and unifying themes throughout the workshop. First, ENI must strengthen the role of research, both foreign and national, for generating knowledge of the biodiversity within Areas de Conservación. Second, the exchange of information between these two sources must be facilitated.

Despite recent efforts to facilitate this exchange of knowledge, the translation between “restaurant researchers” and ACG staff is still lacking. This pattern is not unique to ACG and reflects the gap between scientists and the general public. Although there is growing global awareness of, and even entire careers dedicated to, communicating science, these gaps have critical local implications. First, despite the time and energy invested in supporting researchers (by providing permits, detailed logistical suggestions), the return on this investment, via the information generated by researchers, is often lost. Similarly, by working independently from ACG staff, we ignore the priceless and intimate knowledge generated by spending years, lifetimes, in the same forests we are studying.

So how do we close the gap? Providing guest posts on the iACG blog describing exciting research results or updates is an easy way to reach a large portion of the ACG community. However, not everyone has access to the internet. Another easy thing to do is to give a charla, a short presentation about your research and most relevant findings while you are in ACG or any other station, similar to those organized by Krisztina Mosdossy last year. Ask our estimado Roger Blanco for details. Simple. If you want to reach an even broader audience, it’d be possible to coordinate with Programa de Educacion Biologica to provide a brief demonstration to one of the hosted field excursions for local students. There are countless, and more creative, ways to integrate our research into the larger efforts of ACG and iACG is a model platform for facilitating this integration.

As researchers, we play a small, but integral, part in the development of the knowledge base within and around ACG, in attracting other researchers to ACG, and in the management and decision-making process. But if this knowledge isn’t disseminated (to those who work and live in and around ACG, for example), it’s useless. Another dusty thesis in the Santa Rosa biblioteca.

So as we enjoy this amazing, forested, regenerating, tropical backyard, pues, buen provecho. 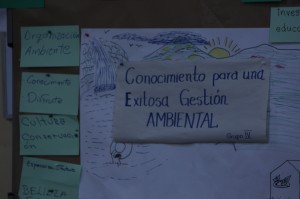 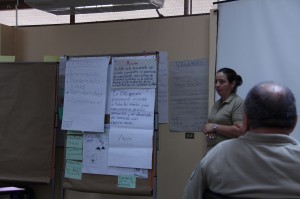 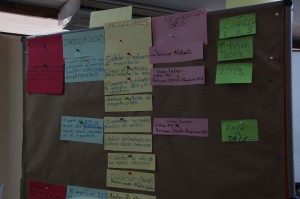 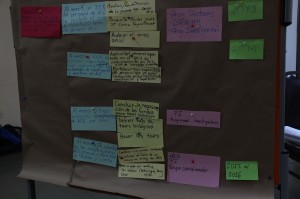 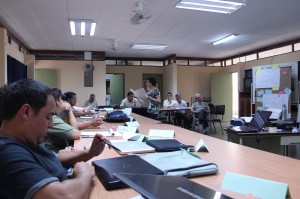 This entry was posted in Uncategorized. Bookmark the permalink.

One Response to Thoughts from a “restaurant researcher”